by Sound Effects of Death and Horror 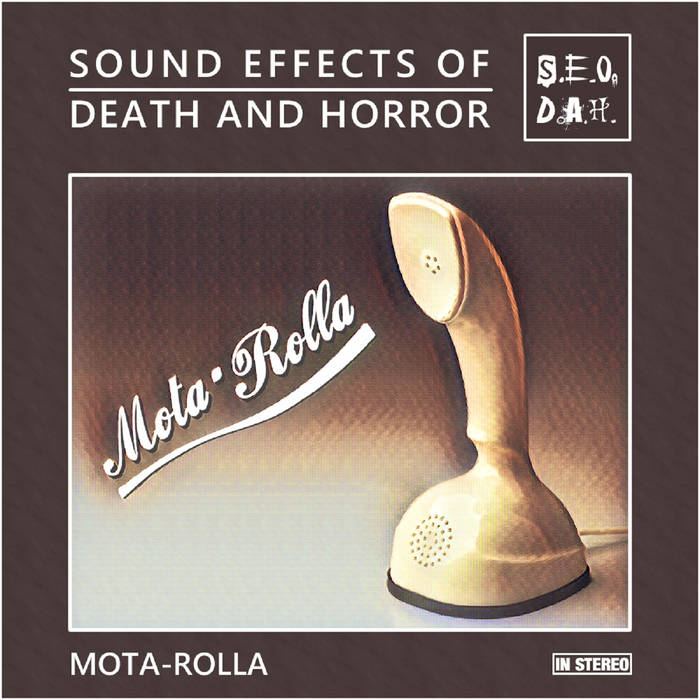 Mota-Rolla is the third full album from Sound Effects Of Death And Horror (SEODAH) and the second release collaboration between Hrea'm Recordings (cassette) and Wormhole World (CD):

From SEODAH; “The initial idea for the project came from 11 improvisations that were recorded during a family holiday to the Highlands. When I came home I added further eBow guitar and piano improv in my tiny loft studio, then arranged them into the eight structured compositions on the release.

All instruments were played as live and occasionally looped, including strings and wind instruments taken from the BBC Symphony Orchestra sound pack by Spitfire Audio.”

The end-result could broadly fit into the ambient category but is also redolent of instrumental prog, electronic, drones and minimalism taking in influences like; Vangelis, Tangerine Dream, Terry Riley, Robert Fripp, Brian Eno and Philip Glass.

The name Mota-Rolla and initial cover design are based on Judas Priest’s first album, Rocka Rolla – a record SEODAH loved as a child – combined with the expediential growth of mobile technology and “always on” culture. This carries into the loose theme of the release – a slower life inspired by the peace of the Highlands; when phones were for talking and social media didn’t exist, supported by the use of samples of analogue telephone services from the 1970s in some of the tracks.

Benji B talks about his new compilation ‘Deviation Classics’