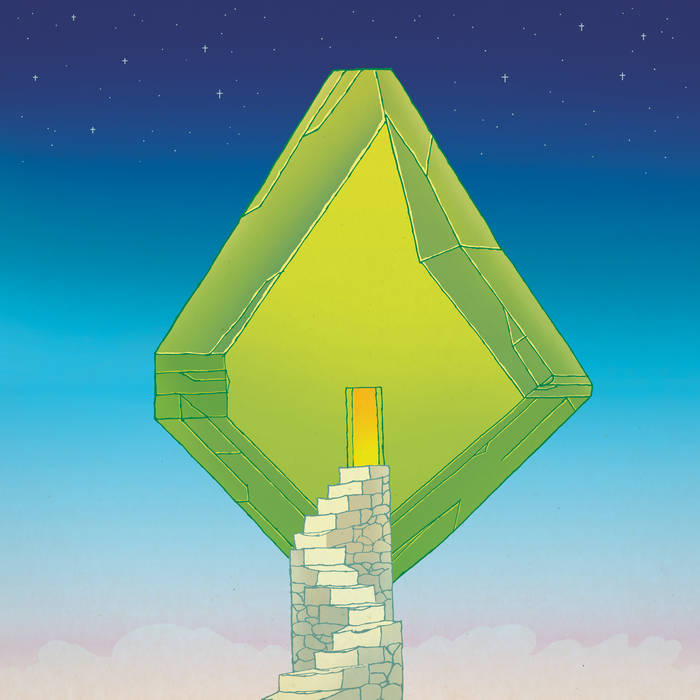 w i n t e r q u i l t I am floating, wide eyed, through an indescribable fractal alien garden, Interacting with the intelligent extraterrestrial flora and fauna as I drift by, intoxicated by the strange sounds ommiting from the life below me. Favorite track: Distant.

Emerald is a sonic journey into the upper reaches of our skies. There, in the thinning air, exists a sky world, full of its own character and intrigue. Ascend into the heavenly reaches with lighter-than-air movements of 'Clouds,' follow a mysterious spirit through misty passageways between thunderclouds in 'Ghost,' and emerge into the sky world to behold its wonders.

At the centre of this place beyond our imagining, is a powerful green gemstone floating in ethereal majesty above the billows. Yes more than a stone, it is a temple. This edifice is so far removed from our earth, that at points the outer galaxy can be seen, trillions of miles from our eyes, as told in the mystical levitating notes of 'Distant'.

The planet beneath seems small as it slowly turns, and all the problems of the world seem so trivial. We notice brightly coloured creatures darting about in the wisps of fog, curiously textured butterflies and birds flying at impossible height silhouetted against the golden sun.” - Gray Lee